Vyre Network today announced a worldwide-exclusive, multi-film licensing collaboration with Ashirwad Studio, Joker Entertainment and DK Flims, This association marks the coming together of India’s most loved entertainment hub, Vyre Network and one of the country’s favourite entertainment brands- DK Flims. This collaboration will bring the biggest and best of Movies to audiences across the length and breadth of the country and to fans in over 57 countries and territories. As part of the association, the streaming service will be the worldwide home to upcoming slate of movies, soon after their theatrical launch may be.

The name of Movie is Energy: The Mystery of Palli Village, Its a Horror Suspense Movie, A Guy naming Viraj suffering from a Some Phobia, Some illness. Then at last everyone got to know that every character was a Dream. This movie is going to Release very soon with VyreNetwork. The Movie Written by DigVijaya Singh Rajput, Creative Producer is Shikhar Rastogi.

Actor Manish Vishwa is playing Lead with Kavita Parmar, RR Mishra, Ankit Malviya among others. As we spoke to the team they going start there second schedule in Mumbai very soon.

Manish Vishwa started his career with Dance Mein Meri Lag Gayi Movie as a 2nd lead, its a Dancing Movie with Shakti Kapoor, Raja Murad and other Top Actors under Samridhya Film Production. Later, he has Done a Movie Luv Yuddh where he performed as a Lead with actor Raju Shreshta, Shiva Rindani, Amit Bhargav for Evergreen Production, its a Suspense thriller movie, Short film- Mala: A Brave Women. He has done a Movie named “Four” where he played parallel lead, which is also going to release very soon.

Manish believes that “Teamwork and great understanding are one of the prime factors behind any project’s success. As the entertainment is ruling hearts of the youth across the country, Manish informs that it was a big challenge and learning for him as and actor. He says that he is so glad with the response which he gets for his movies from the audience. However, Manish had been working with print shows collaborating with brands “ 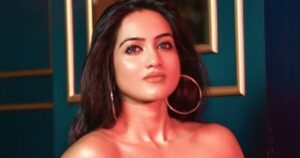 Amika Shail: A Young & Promising Actress who has made her presence felt through OTT Platforms

OTT in the last 3 to 4 years has revolutionized the way audience consumes content. In the last 3 years of lockdown, a large section of theatre and TV watching audience has shifted to OTT platforms like Netflix, Ullu, Kooku, MX player and many other platforms to watch different genres of Entertainment and Social Programs. […] 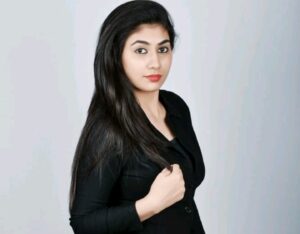 Priyanka Vegda: From a Junior Artist in Bollywood to an Internationally Acknowledged Co-Author

Mumbai is known as a vibrant city and the city gets vibrant because of its vibrant people. One such example of a vibrant personality is 29 yr old Priyanka Vegda from Mumbai who is yet another example of hard working passionate women of our Aamchi Mumbai. Born and brought up in Mumbai, Priyanka like every […] “They are Just Amongst Us” This is What Edward Snowden, Canadian Defence Minister & Infact Everyone Has to Say For Extra-terrestrials & Aliens!