On 28th & 29th of January, 2020, MTDC which stands for Maharashtra Tourism Development Corporation along with MCGM forcefully entered a property which is in possession of Mr. Harishchandra Patil admeasuring 5098.2 sq.mtrs having CTS no.72 at Erangal, Dana Pani. The officials also started brutally demolishing the existing structures owned by Mr. Patil at the property without any official orders or prior intimation.

The matter was taken up at City Civil Court, Dindoshi, by Mr.Harishchandra Patil and his council. It was argued that MTDC entered the premises illegally and had no authority to destroy or demolish the property or any structures owned by Mr.Patil. They futher argued that the property is still in possession of Mr.Patil to which MTDC claimed that the said property is in their possession.

Bombaynews.in reporter visited the property to interview the people involved and were met by Mr.Harishchandra Patil and Mr. Jayesh Tanna. Mr.Patil speaking with Bombaynews.in shared “This property is in our possession and MTDC is trying to mislead the court by stating that it’s in their possession. They want to grab the property from under our nose. This is very unjust and we demand justice” quipped Mr.Patil

When our team of reporters visited the property, we found structures which were more than 40 years old, were broken down into half.  It can be observed that extensive damage has been done to the property and Mr. Patil & Mr. Tanna blame MTDC for the same.

You can show your support by signing this petition to stop unathorized destruction of private propery: 2 thoughts on “Big Mama, Dana Pani at Erangal Beach goes through illegal demolition by the hands of MTDC & MCGM” 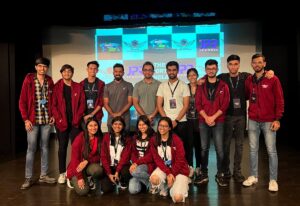