You go to any developed countries in India, you talk about U.S, Canada, Europe, most of the political leaders, parliament and cabinet members are young often found between 35 to 50 years of age. That is also one of the major reasons why developed countries are growing at a faster pace compared to developing countries like India, Pakistan or Bangladesh. Leaders like Justin Trudeau (Canada Prime Minister) who is only 49 years old or Sanna Marin (Prime Minister, Finland) who is only 35 years old are able to connect and relate themselves with the problems of the youth. At the same time they can relate and connect with people from higher age groups too. Also being young and educated means you are motivated with the right goals to bring a change in the society.

One such young leader from Mumbai is 37yr old Jignesh B Sanghavi who is now a political leader from Nationalist Congress Party, Kandivali West Ward no.30. An optometrist by profession, Jignesh works as an Assistant Doctor at Divyadrashti Eye Care Centre in Borivali West. Jignesh has close to two decades of experience as an optometrist while he has extensive knowledge about all instruments related to optical and clinical industry. As an Assistant Doctor under Dr. Nimesh Mehta, Jignesh has also gained skills like giving idea about C.L. and conducting other things like checking IOP, Blood Pressure, Sac, Syringing and removing foreign body from the eye, Perimetry etc. In O.T. work, Jignesh also guides patient for operations and prescribe pills for pre & post operations, giving instructions to the patients. In a career spanning close to 18 years, Jignesh has approximately worked on over 1 lakh+ patients.

The motivation to bring a change in the society or dedicate some part of life towards public has been in Jignesh since many years. Jignesh has been associated with Nationalist Congress Party since 2013 and he has been a crucial part of camps organized by NCP since 2013. Jignesh has also been at the forefront for Corona Vaccination Camp arranged by NCP on 21/06/2021. Apart from that Jignesh regularly conducts eye testing camps in his area so that people of his surroundings get the best treatment. Jignesh is also the Public Relations Officer with THE HUMANITY FOUNDATION (All India Jurisidiction).

– Eye Camp attended on 30th March 2010 at Save The Children – BKC organized by Rotary Club by Dr. Vadgaonkar around 230 student checked.

– One Eye and Blood Donation camp organized by Jignesh Sanghavi on 26/01/13.

It was because of his hard work, friendly nature & commitment to be an active part in public healthcare campaigns, Jignesh was noticed by Nationalist Congress Party in Mumbai. In 2021, Jignesh was made the secretary of Nationalist Congress Party of Kandivali Ward No.30 in Mumbai and since them he aims to work harder to serve the society. Speaking with Bombaynews.in, Jignesh shared:

”I come from a very Gujarati middle class background and I have been raised in a very good environment courtesy my parents who have given me good values and upbringing despite all the hurdles we have faced in life. Whatever things i have chosen in life, I have always given my 100% into it. I have always worked everywhere with honesty. India needs young political leaders to bring a change and hopefully, I will give my best for my ward in whatever capacity I can. As a political leader I aim to grow and keep serving larger sections of our country. I am extremely thankful to my NCP Seniors & especially President Mr. Hitesh Kaku sir who have given me this opportunity as a NCP secretary and will aim to keep them and my ward proud through my work. I have began this journey as a NCP Secretary of ward no.30 but in the years to come, I will work hard to work in a larger capacity” 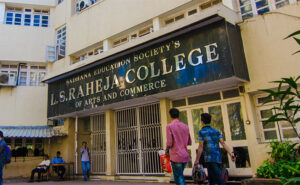 Coming Soon! Udaan – One of the Top Festivals from L.S Raheja College, Mumbai

College Fests are no less than a blockbuster showpiece event of a college where numerous activities are conducted during those fest days while celebrities and reputed professionals also take the center stage. The crazy for fests is such that most of the top colleges are on a silent competition to ensure their college executes the […] What is this? Is this Secular India? Is this free India? This is just one video, checkout his social media accounts, this politician Sachin Gole in all his videos does this. He goes to different offices and shops, forces people to learn Marathi, breaks and vandalizes the shops and offices, beats innocent people to create […]

Delhi is known to produce talented cricketers every now and then. You talk about Ashish Nehra, Virender Sehwag, Gautam Gambhir and many more names, these are all products of Delhi. Even though the competition is intense across India, there is a certain flavor associated with Delhi Cricketers and it’s their overall attitude towards the game. […]