All you need to know about Jalikattu, its solutions and why it needs to be saved!

Jalikattu is an age old traditional bull taming sport played in Tamil Nadu. It is a part of a pongal celebration called  Mattu Pongal Day which is the 3rd day out of the 4days of Pongal festival. The two words “Jali” means gold or silver coins and “Kattu” means tied. The coins are tied on the bull’s horns which is regarded as the prize for the one who manages to tame the bull. The bull that wins is used to service numerous cows preserving the native breed. It is renowned as an ancient ‘sport’, believed to have been practised some 2500 years ago. It is controversial because the sport often results in major injuries and even deaths.

WHAT ARE THE SOLUTIONS TO THE JALLI KATTU ISSUE-

The desirability of options are in the following order.

1) Central govt can pass a bill in both the houses of the parliament amending  the PREVENTION OF CRUELTY TO ANIMALS ACT  and get assent of president.

(no MP is going to oppose this bill then why is the central govt hesitating?)

2) If the parliament is not in session, an emergency ORDINANCE CAN BE issued by the president of India !

4) Neither DMK nor AIADMK will oppose this bill .so if center will not do then the state can act, why has no one thought about this?

The state or center should have acted as above said.

THE NEW LAWS STATE OR CENTRAL WILL BE CHALLENGED AGAIN  BUT THE CASE WILL BE STRONG FOR JK.

Also this is for all the Non-Tamil friends-

Most of us who are using the social media knows that the Tamil people are fighting for the lift of ban on jallikkattu. Many believe people are fighting to potray the long lasting tradition &legacy of tamils, but that is not the only point. It is one of the reasons but not the sole reason.

There are few other points which has to be known.

We are protesting for the right cause and neither are we abusing the animals. What is written here is the voice of lakhs of tamilians and lets spread and share it wherever we can to get what we want!

Shared & Written by a Fellow Tamilian 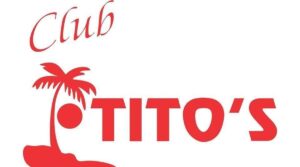